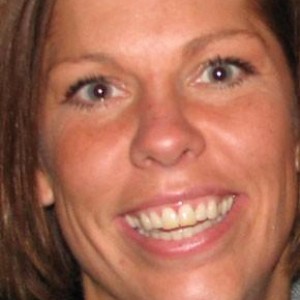 An architecture graduate and an interior design blogger who's pationate about innovation and ergonomics in modern home living. Capable of finding simple solutions to complex design problems.

What Are The ‘Must Know’ Facts About Shower Heads?

If cutting down on energy usage and reducing carbon emissions was the environmental ‘hot potato’ of the early part of the 2000s, expect water to become an increasingly prominent part of the debate in the coming years. While water usage and availability around the world is an issue, the furthest most people are going to be able to influence the situation is by taking action in their own home.

Unfortunately, there are many people who face that reality and respond by believing that they don’t have to do anything, because what difference will their small actions take in the grand scheme of things? Of course, the difference is that, when everyone comes together, the impact is huge.

Another problem is simply that there are a number of myths out there surrounding water usage and saving, which then translates into a lack of knowledge and action at ground level. One of the biggest opportunities for water saving at home is to review the way you approach your personal hygiene. With that in mind, we looked at some of the facts you need to know about showering and shower heads.

This is a myth that has been peddled around for some time now, although it is only recently that people have started to question the wisdom of what was being said. Taking a shower uses less water against taking a bath, is what we were told. What wasn’t considered was what happens if people take longer showers, or use a power shower.

The fact is that your shower head could be wasting more water than you ever imagined.

If You Think It’s Bad Now…

In several countries around the world, including the United States, there are actually regulations that govern how much water a shower head can deliver. However, prior to this, there was no control. That said, how many people do you know today who still love a ‘power shower’, which sprays out water quicker than you thought possible?

The Cost of Faulty Shower Heads

When you’re looking at water savings around the home, you naturally look to the things that you can easily deal with and control. You make sure taps are turned off, you use a faucet aerator on taps to reduce flow, and you take short, sharp showers to minimize water usage.

What you might not see is the hidden wastage that is occurring under your nose. Faulty or leaking shower heads are a common cause of water loss at home, and could be adding a significant amount to your bill on an annual basis. If you have a faulty or dripping shower head, it is important you replace it immediately.

Aside from ensuring your shower is maintained well and isn’t wasting water, your most effective course of action is to buy great quality products that will help you save water every day. Agua Flux low flow shower heads are an excellent option for water-conscious homeowners, while elsewhere in the home faucet aerators might be worth considering, too.

Using a low flow shower head can potentially save up to 60% water usage when you take a shower, depending on the model of shower and shower head you currently use, even if they are subject to regulatory measures. This saving will benefit you both in terms of your ‘water footprint’ as well as giving you a vastly reduced bill.

Terance Nichols is a home improvement expert who specializes in eco-friendly renovation and upgrade solutions. In his spare time, Terance enjoys reading up on the latest environmental news and ideas.

Minimalist Landscaping: Tips and design ideas for your ideal garden

The benefits of minimalist landscaping are numerous. If you’re living in an urban area with limited land or simply don’t want to 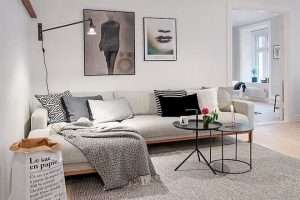 What To Do if you Hate Your Apartment

It happens more than you think. A sudden move, a small budget, or lack of research can all mean that you end up with an apartment you don’t love.

Stuck on how to celebrate the class of 2021 with Covid restrictions in place? With the stay-at-home order in effect across Toronto